When the Dude Rancher Lodge first opened in Billings, Harry S. Truman was president. The Billings Mustangs had just been founded. Billings was an icon for the true western experience, with its traditional ranch house lodging. Now the Travel Channel show “Hotel Impossible” has given Dude Rancher Lodge a make-over to update the hotel to reach its potential as one of the best places to stay in the state.

According to the Western Heritage Center, dude ranches started in the 1920s as a place for people come and live like a cowboy. Dude Rancher Lodge was built in Billings in 1950 and is even listed in the National Register of Historic Places. It used to be one of “the” places to stay in Billings. “We’re not going to stop now until everybody in Montana is saying that again.” the hotel’s owner, Virginia Karlsen, declared.

Why was Dude Rancher Lodge chosen, out of all the Billings, Montana hotels?  “I asked them why they contacted us, and they said they’d done a lot of internet searches, and they found us and just thought we would be a great property to work with,” said Karlsen. 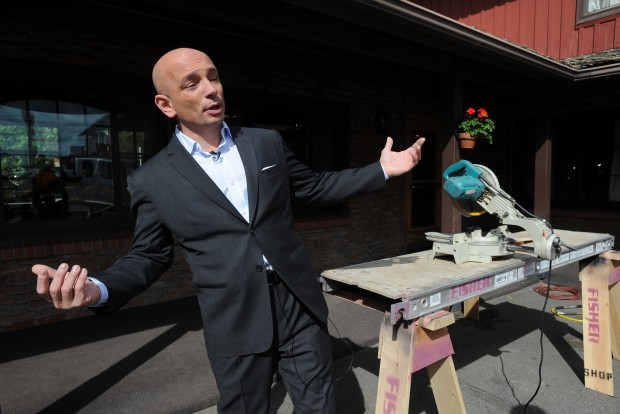 Anthony Melchiorri, the host of “Hotel Impossible,” says that the show was attracted to Dude Rancher’s history. The hotels featured on the show share a common theme of not living up to their potential.

After “Hotel Impossible” filmed for four days in May, Dude Rancher Lodge revamped their guest rooms with new carpet, paint and flat screen TVs. The front lobby and desk have also been renovated. The episode featuring Dude Rancher Lodge can be seen on the Travel Channel. Be sure to tune in to see the hotel transformed!