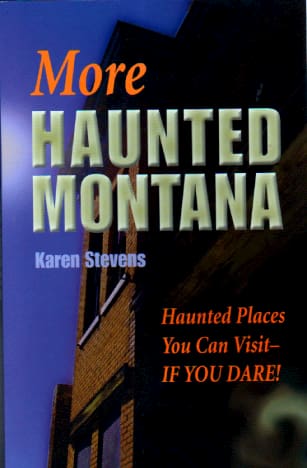 Traveling to Montana might be a lot more spooky than you think! Billings is home to some of the most haunted hotels in all of Montana, including the Dude Rancher Lodge.

Built in 1950 by Annabel and Percival Goan, the Dude Rancher Lodge was originally constructed using salvaged bricks from the old St. Vincent’s hospital, the Russell Refinery, and the Washington School. The couple ran the hotel together until 1962, when Percival passed away after a car accident. Annabel continued to run the hotel on her own, though slowly, her health began to decline. She lived in an apartment at the hotel and was cared for by her dedicated staff, until eventually she was moved to a nursing home. On February 2, 1983, Annabel passed away.

Since Annabel’s passing, strange phenomena have repeatedly been reported at the hotel. To top it off it’s not just hotel guests that have had experiences, even the staff has encountered strange occurrences in various areas of the hotel. There have been reports of lights turning on and off on their own, televisions turning on while housekeepers are cleaning rooms, knocking on the doors with no one on the other side, the sound of children running in the halls with no children being present, and a mysterious female voice was even caught on audio-tape in the basement of the hotel by the Montana Paranormal Research Society! Paranormal activity has been reported in rooms 223, 224, and especially room 226, which used to belong to Annabel’s grandson when he took over the hotel after her death.

In addition to the hotel, guests can visit the Western Heritage Center which is walking distance from the Dude Rancher Lodge and is also known to have haunted occurrences.

If you are interested in staying in one of the haunted rooms at the Dude Rancher Lodge be sure to book right away. These rooms fill up fast, especially around Halloween, so book early!