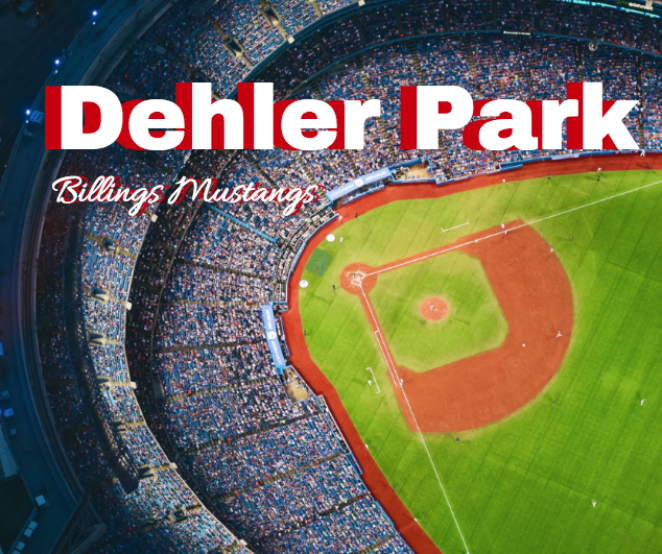 Perhaps one of the most ‘American’ past times is heading to a baseball stadium and cheering on the home team. Considered one of America’s favorite past times, if you’re hoping to catch a baseball game while in Montana, Billings has got you covered. If you’re wondering where to stay in Billings MT, consider finding a place near Dehler Park so you can watch the Billings Mustangs play baseball! The Billings Mustangs are a minor league baseball team, with a class level of an advanced rookie. The group was founded in 1948 and currently has a Major league affiliation with the Cincinnati Reds. Since the team was established, they had played at Cobb Field until 2007 when the field finally underwent long-awaited renovations. The park had been named after Bob Cobb, who was the man responsible for bringing professional baseball to Billings. The new park opened in 2008 and is now called Dehler Park, named after a Billings businessman, Jon Dehler, who bought the naming right to the field back in 2007. The opening game at the new Dehler Park took place on July 1st, 2008. The new park has a seating capacity of 3,071, and each baseline now has concession stands and restrooms, as this was not the case with the old Cobb Field. Additionally, the park also has a new “Picnic Pavillion” that is for barbecues as well as large group outings. The area even has a “Kid Zone” play area for the little ones. Throughout the season, the Billings Mustangs have some home games for fans to enjoy. Some upcoming games include playing against the Great Falls Voyagers from June 25th through the 27th. All three games are at 7:05 pm. The Billings Mustangs also take on the Helena Brewers June 28th and 29th at 7:05 pm. Get your tickets today!