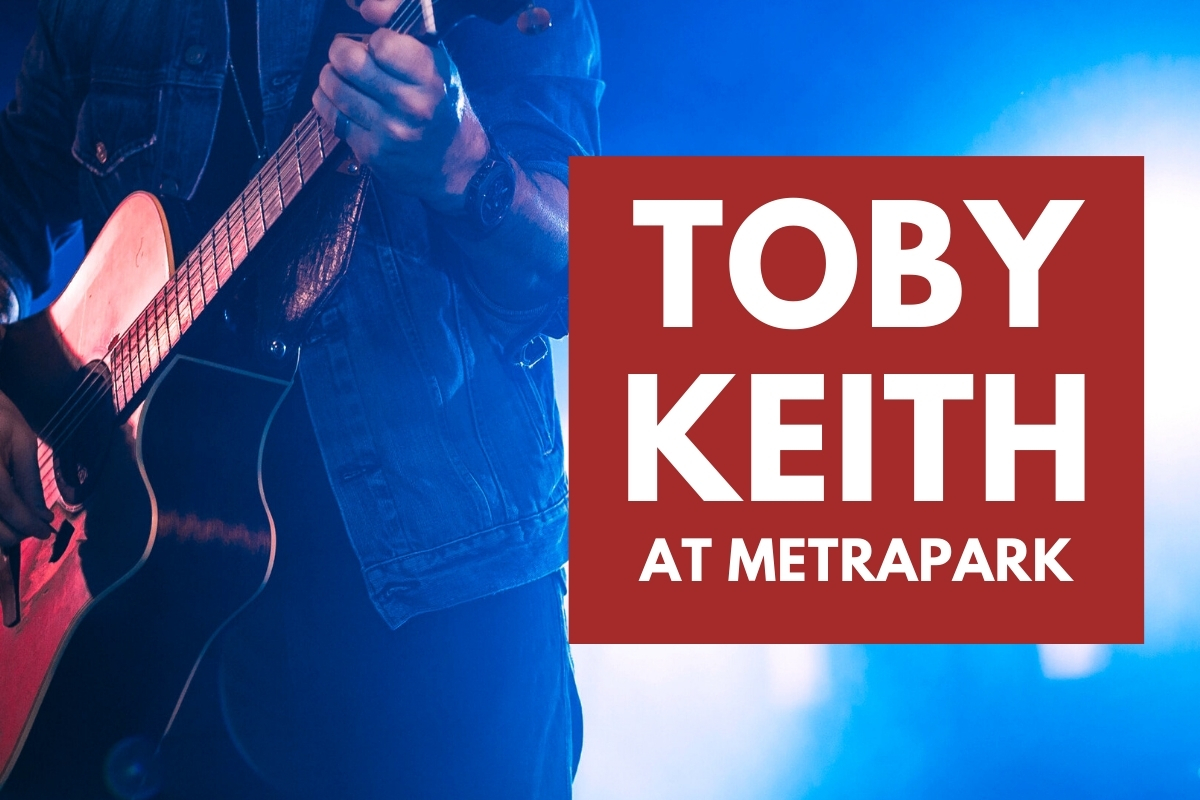 If you’re looking for things to do in Billings, MT, mark your calendars to see Toby Keith at MetraPark live in concert on Thursday, September 17, 2020! Billings, Montana is bustling with entertainment venues, shopping, dining, and local attractions which give you a taste of life in the Old West. Located in the heart of the downtown district, the Dude Rancher Lodge is the perfect place to stay for old-world charm with the modern comforts of home. When you visit here, you’re only six minutes away from MetraPark, a multi-facility entertainment venue for concerts, trade shows, rodeos, and more!

Toby Keith is a world-famous and multi-talented country singer, musician, songwriter, and producer. His country hits have reached number one on the Billboard Hot Country Song list many times. They also named him the Songwriter/Artist of the Decade by Nashville Songwriters International, and he received the Academy of Country Music’s Career Achievement Award. He has sold over 40 million albums (many on his record label), and known for hit singles like “Red Solo Cup,” “Should’ve Been a Cowboy,” and “A little Less Talk and a Lot More Action.”

Keith is also a philanthropist and has raised millions of dollars to aid sick children and families in his home state of Oklahoma through the Toby Keith Foundation and OK Kids Korral. He has also performed 11 USO tours, entertaining over 250,000 troops over his career.

The Country Comes to Town Tour comes to the First Interstate Arena at MetraPark in Billings, MT on Thursday, September 17, 2020. The concert begins at 7 pm. Keith will perform old favorites and fresh additions from his newly released album, Toby Keith’s Greatest Hits The Show Dog Years. The collection includes four new original songs, including “Don’t Let the Old Man In,” which was featured in Clint Eastwood’s movie, The Mule. There will also be individual guest performances by former golfer turned country rapper, Colt Ford, and country legend Chancey Williams (“Worth the Whiskey” and “Down with That”).

Tickets for the September 17 concert can be purchased on MetraPark’s website. To get a full VIP experience, add on the Toby Keith VIP Diamond Bar Package. The Diamond Bar Package includes access to a full-service bar during the concert, early entry (30 minutes) into the arena, a commemorative “Red Solo Cup” koozie, plus a few other perks. Tickets range from $25 to $96, with the Diamond Bar VIP Package priced at $249 per ticket. This concert was rescheduled from June due to COVID-19 concerns. If you purchased tickets for the June 19 concert, your seat would be honored now.

After the concert, relax and rest from an exhausting evening by booking a room at the Dude Rancher Lodge. It’s only six minutes away from the arena, so you won’t be too far away from a nice comfortable bed after a night rocking out with Toby Keith!

While you’re in town, be sure to include some extra time to experience wine tasting in Billings at the Yellowstone Cellars & Winery.