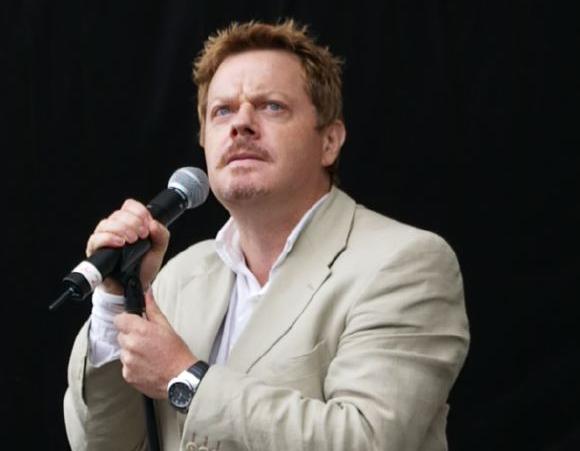 Are you ready for a night of loud laughter and sidesplitting fun? Do you enjoy listening to stand up comedy? If so, head over to the Alberta Bair Theater on Friday, May 22nd, to see Eddie Izzard. This comic genius will only be performing for one night, so you will not want to miss it! The New York Times said that “he is the most brilliant stand-up comedian of his generation.” At the same time, The LA Times noted that he gets “the audience busting a gut about the Spanish Inquisition and chaos theory. Such is the phenomenon of Eddie Izzard, funniest man, in well, pretty much all of the known universes”. If this sounds like your kind of night, be sure to get your tickets today!Eddie Izzard is a British stand-up comedian, actor, and writer. The hilarity of Monty Python influences him though he has his unique style. It can be a unique form of rambling, self-referential pantomime, as well as a whimsical monologue. Eddie Izzard cannot be put into a box, and whatever his style is, it will be sure to keep you laughing all night long. In 2000, his comedy special, Dress to Kill, won a Primetime Emmy Award for Individual Performance in a Variety or Music Program. Also, his website won the Yahoo People’s Choice award as well as earning the Webby Award.Experience the best of Montana before or after the show by staying in a hotel in Billings near the Alberta Bair Theater, located at 2801 3rd Ave. N Billings, MT 59103. The show will have adult language, and content so use discretion if bringing children. The show, Eddie Izzard – force majeure – will take place Friday, May 22nd at 8 pm. Tickets vary depending on the location of your seat but begin at $49 and $59. Tickets can be purchased online through the official Alberta Bair Theater website.