A Fairytale Christmas at Moss Mansion 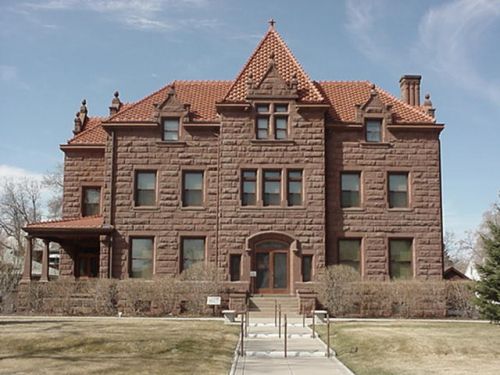 This holiday season, the beautiful Moss Mansion will come alive for ‘A Fairytale Christmas Display’ of unusual trees. Seventeen local non-profit charitable organizations have decorated their trees in a stunning style matching the fairytale theme. Each guest that visits is invited to vote for their favorite tree as part of the evening. The organization whose tree is chosen as the best will win a cash prize of $150 for their charity. Prizes were awarded for the ‘People’s Choice’ and for ‘Best Theme Interpretation.’ The holiday season runs from November 2nd through January 4th, with tours running every hour on the hour between 10 am and 3 pm Tuesday to Saturday and at 1 pm, 2 pm, and 3 pm on Sundays. Locals and guests staying at a hotel near Billings MT should explore this holiday-themed display show. Not only are the seventeen trees dressed up for the occasion, but the interior of the house is decorated in the original Moss family Christmas style. This befits a building of its age and beauty, making it a sight not to be missed.Located in the heart of Billings, the Moss Mansion Historic House Museum is sat where it has always been, at 914 Division Street. Built-in 1903, Moss Mansion was created by Mr. Preston B. Moss, who was moving into the town of Billings from Paris, Missouri. His move to another state led to him wanting a house befitting his status in an area where he was less established. This caused him to commission the building of the beautiful mansion. Moss Mansion has 28 rooms, built to a square plan which is 18m on each side. Until 1984, Moss Mansion house was home to Mr. and Mrs. Moss and their six children, along with three servants who helped the family. At the time when it was built, the house cost in the region of $105,000. Most houses built in that era cost around $3,000 – which goes to show just how dramatic and significant this building was.Photo courtesy of www.billings.k12.mt.us