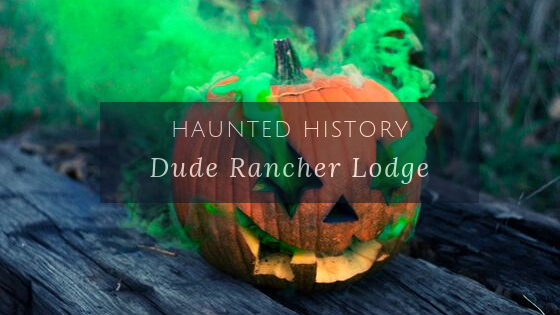 With October right around the corner, it’s nearly time for the ghosts and ghouls to come out for Halloween. Did you that Billings is home to a number of haunted locations - including the Dude Rancher Lodge! In fact, guests can even stay at the haunted rooms inside the hotel. Read on to learn more about the Dude Rancher Lodge haunted history. The Dude Rancher Hotel was built in 1950 by Annabel and Percival Goan. The couple ran the hotel together until Percival passed away after a car accident in 1962. Annabel continued to look after the hotel on her own, though unfortunately, her health began to steadily decline and she was not the same after the death of Percival. She lived in an apartment at the hotel until she had to move into a nursing home where she eventually passed in 1983. Ever since Annabel’s death, there have been strange phenomena reported at the hotel. In fact, both staff and guests alike have reported odd and unexplainable experiences such as televisions turning on while housekeepers are cleaning rooms, lights turning on and off on their own accord, and knocking on the doors but when the door is checked, no on is on the other side. Others have reported the sound of children running in the halls, even when no children are present and finally, a mysterious female voice was actually caught on audio tape in the basement of the hotel by the Montana Paranormal Research Society. It is said that the hotel is haunted by the ghost of Annabel, though staff members state she continues to try and help run the hotel by doing helpful things such as unlocking stuck doors. Staff members have also reported seeing dark shapes move along the maintenance corridor of the basement. There has even been sights of a figure of a man dressed in a blue shirt who walks down the hall towards the kitchen and then disappears. Are you ready to experience the paranormal for yourself? If so, rooms with the most reported activity are available to book! Will you encounter something? Book a room now to find out.