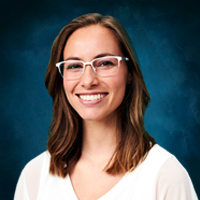 A trip to Billings, Montana, is filled with historical and cultural significance. There are several national parks and monuments in the area that stretch through hundreds of years of history. One significant historical importance is Pompeys Pillar National Monument, and it is a must-see place when visiting Billings!‍

This national monument is a sandstone rock formation that holds some of the only remaining physical proof of the Lewis and Clark Expedition. It’s the only on-sight evidence that remains of the team's journey through the west. The pillar stands 200 feet tall and overlooks the Yellowstone River. On the rock formation itself, you can see Captain Clark's signature engraved into the rock, along with native American drawings and pictographs. Lewis and Clark visited the site on July 25, 1806, according to Clark's journal and the date engraved into the monument. They were on their return journey from mapping the Louisiana Territory when they passed the Yellowstone River. Many believe the site was named after Sacagawea’s son, who they nicknamed "Pomp," and had traveled along with the expedition team.

Pompey Pillar became a National Monument in 2001, but it was designated as a National Historic Landmark long before 1965.

Not only is there evidence of the Lewis and Clark expedition there, but there is also proof that Native Americans, hunters, the U.S. Calvary, railroad developers, and other explorers frequented the area. The Crow Indians, who discovered the sight long before Lewis and Clark, called the rock formation "the place where the mountain lion lives." The shape resembles the head of a lion if you view it from the north.‍

Today, the monument has become a place where visitors can learn all about early western life and the Lewis and Clark Expedition as a whole. There is a 5,700 square foot visitors center with interactive exhibits that show what life was like in those early days. There are also displays that talk about the native plants and animals in the area.

To see Pompey's Pillar up close and view Captain Clark's signature, take a short, 3/4 mile hike through the Riverwalk, a boardwalk that leads from the monument's parking lot up to the base of the pillar. Along the way, you can read about the Expedition and excerpts from Clark's journal about their discoveries as they traveled through modern-day Montana. There is also an area designated for picnics under cottonwood trees and offers views of the Yellowstone River.‍

This National Monument is located only 25 miles outside Billings, making it a great place to spend the day in the spring, summer, or fall.

The monument is open daily, from May through October. Even during the off-season, visitors can walk down the boardwalk for free. There is a seven-dollar entrance fee for standard-sized vehicles. The price includes day access to the grounds, visiting the pillar, and the visitor's center. However, if you have a federal recreation pass, you can use that to enter the park.

If you're traveling from Billings, you can easily reach the site using Interstate 94 and taking exit 23 from Montana Highway 312. The visitors center is open from 9 a to 6 pm every day during the regular season.

Our historic hotel helps take you back in time and experience life in the old west while staying close to all the attractions, restaurants, and shops billings have to offer. Check out our Billings MT restaurant guide and other great things to do in the area on our blog!