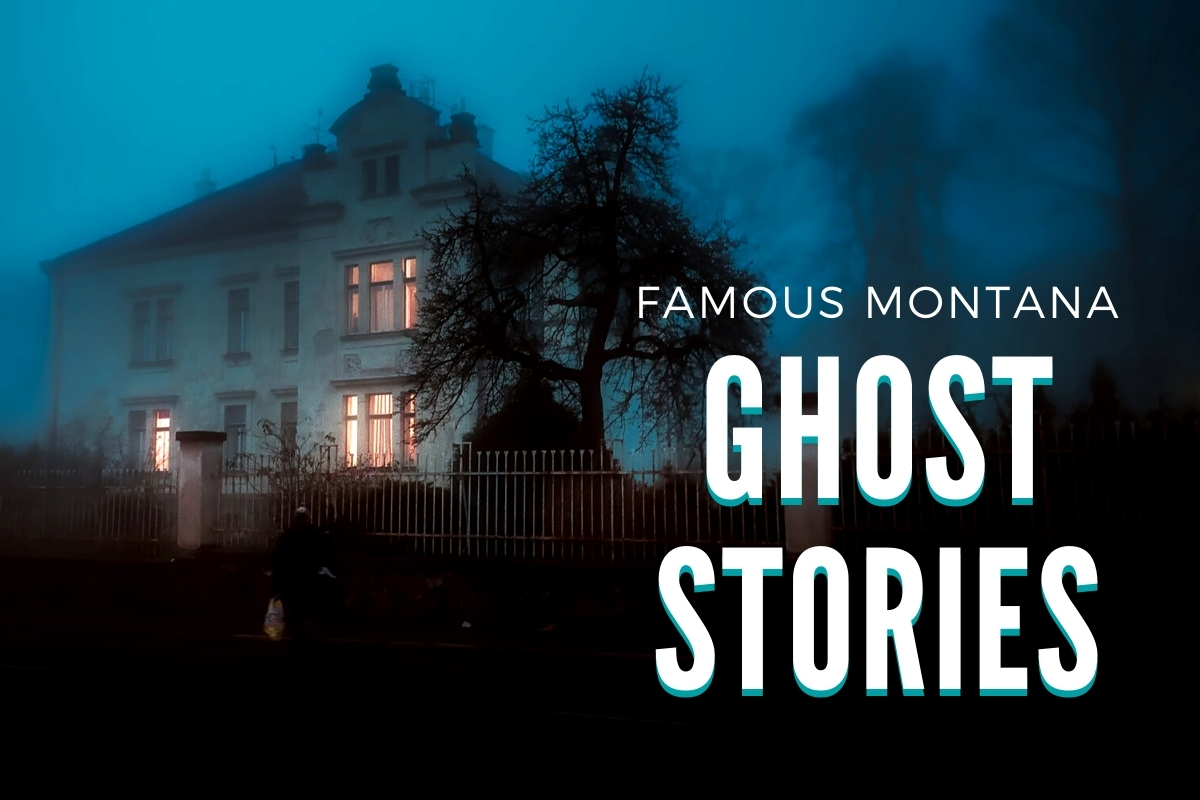 Do you love a good ghost story? There are many places in Billings, Montana, that are rumored to be haunted. There are ghost tours that take you around to the town’s most haunted places, including the Dude Rancher Lodge. Learn more about the local haunts with these famous Montana ghost stories.

The Dude Rancher Lodge is famous, not just because it appeared on the hit TV show, Hotel Impossible.

The Dude Rancher Lodge was built in the 1950s using bricks from several historic buildings in the area, including a torn-down hospital, school, and refinery. Residents Percival and Annabel Goan started the hotel. Percival died in a tragic car accident, but his wife Annabel ran the hotel after his passing. She lived in an apartment inside the hotel but eventually passed away. Paranormal activity in the hotel started to occur after Annabel’s death. Guests and employees alike say TVs turn on and off on their own and report lights turning on and off. Others have heard knocks on hotel room doors when there’s no one there.

Paranormal occurrences appear to be concentrated in rooms 223, 224, and 226. Room 226 was where Annabel’s grandson lived when he ran the hotel.

The Moss Mansion was built in 1901 by P.B. Moss. His daughter, Virginia, died of diphtheria at the young age of five years old. Visitors today report that she haunts the mansion. Other Moss family members died there, adding to its haunted rumors. Visitors have reported strange noises and have even seen a little girl roaming the halls.

The theater opened in the 1930s, initially as the Fox Theater. The theater was renovated in 1986 and named after one of its main financial contributors, Alberta Bair. Since Bair died in 1993, many have reported paranormal events at the theater. Legend has it that a man died while working on a repair and that his body was buried in the building’s cement. Now, people say he haunts the theater itself. Some actors have said it feels like they are being watched and have seen apparitions in the dressing room. Three are other separate reports of a woman in the theater.

This address was the site of a tragic plane crash and is probably one of the most famous Montana ghost stories. A plane carrying soldiers returning home from World War II crashed in the area (now known as Veteran’s Park) on December 8th, 1945. Seventeen soldiers died, along with the two pilots, and only four people survived. The morgue couldn’t accommodate all the bodies, so the story goes that 13 of the bodies were stored in the refrigerator at the local grocery store—which was at 2223 Montana Ave. Over the years, the building has had many owners and multiple uses, but many have reported seeing a uniformed soldier in the area.

The Western Heritage Center was the original location of the Parmly Billings Library. This library was named after Parmly Billings, town founder Frederick Billings’ son, who died suddenly at 25. Employees and visitors report that a little girl named Priscilla haunts the center. Employees have found kid handprints through the dust in the building’s attic. Others report hearing typewriter sounds when no one is around. Tourists and Billings citizens also say they saw a man in a red shirt sitting on the Western Heritage Center stairs.

Word has gotten out about the Dude Rancher Lodge’s haunted history, and the hotel’s most haunted rooms tend to book up fast—especially around Halloween. Don’t miss your chance to stay at a haunted hotel—if you dare. Book your room at Dude Rancher Lodge today.