Haunted Places in Montana Around Billings 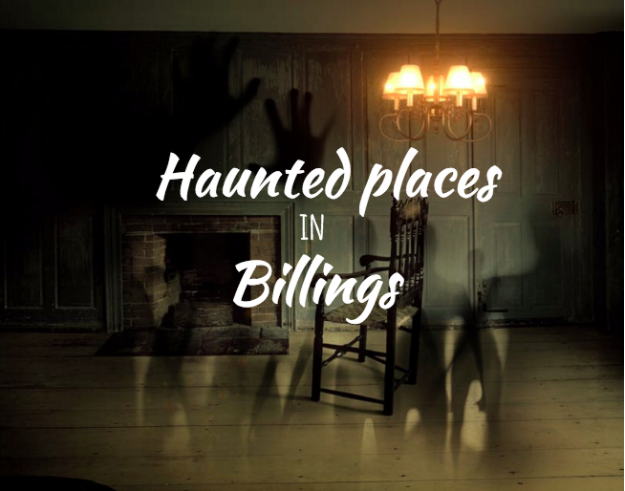 Did you know that there are several haunted places in Montana? There have been some sightings recorded at various locations throughout the state. If you’re interested in the paranormal, you don’t have to travel very far as there are many locations right here in Billings that are haunted. See what’s in store for you as you explore haunted Montana. Believe it or not, the Dude Rancher Lodge has had several paranormal activities recorded throughout the hotel’s history. In 1983, Annabel Goan, builder of the Dude Rancher Lodge, passed away. Since then, strange phenomena have been consistently reported by both guests and staff alike. Lights turn on and off on their own, televisions suddenly turn on, the sound of knocking is heard from inside empty rooms, and a mysterious female voice was even caught on tape in the basement of the hotel! Be sure to book your room early if you’re interested in staying in one of the haunted places! The Moss Mansion is another haunted location on the list of places to visit. The mansion was owned by Preston Moss, a prominent businessman who moved to the area in 1892. The Moss family lived in the estate from 1903 - 1984, and a number of the family members died from natural causes in the home, including Preston Moss, his wife, his daughter as well as his youngest daughter Virginia, who died at the age of 6 from diphtheria. Some paranormal activity has been recorded, such as the figure of a man walking down the stairs. A little child, as well as voices of a woman and a little girl, have also been heard at various places in the home. 2223 Montana Ave is home to one of Billings’ most well known reported hauntings. On December 8th, 1945, an airplane holding returning soldiers from WWII crashed in a field east of Rocky Mountain College. Seventeen servicemen and two pilots died in the crash and left only four survivors. The bodies of 13 of the men had to be stored in the refrigerated warehouse of the local grocery store as the local morgue couldn’t handle so many bodies. Employees and customers report seeing a uniformed soldier passing by, but whenever they get close, he vanishes right before their eyes.