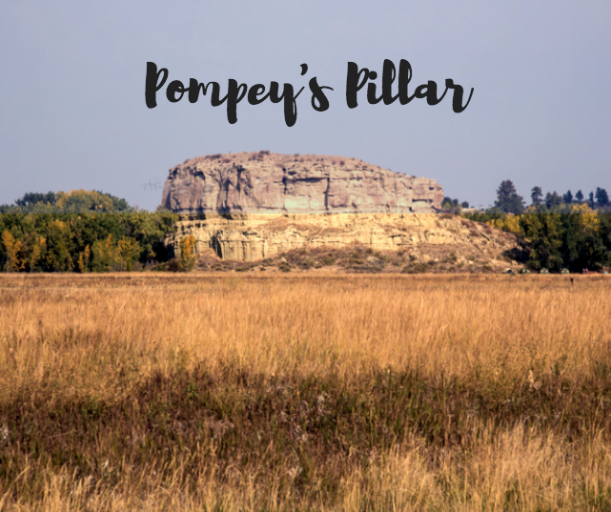 Montana affords guests the opportunity to take in the natural beauty of Big Sky country. Montana also played an important role in the early history and formation of life out west. You can explore the history of Montana by visiting a variety of historical locations throughout the state. One such monument is Pompey’s Pillar, a tall, sandstone butte that is the last physical evidence of the Lewis and Clark expedition that took place in the early 1800s. Read on to learn more!The Lewis and Clark Expedition took place between 1803 and 1806. During this time, the two explorers traveled across the northern area of the United States in order to learn more about the continent. While the famous duo traveled together for most of the trip, they decided to split up in Montana in order to cover more ground. On July 25th, 1806, Clark and his group came upon a tall butte made of sandstone. Clark climbed nearly 150 feet to the top of it and in his journal noted that the top of the butte offered an amazing view of the surrounding area. Later, Clark named the natural area “Pompy’s Tower”, which he named after Sacagawea’s son who had been nicknamed “Pomp” by the crew. In 1814, Nicholas Biddle, Clark’s journal editor changed “Pompy’s Tower” to “Pompey’s Pillar” in order to be more inline with American grammer. Before leaving “Pompy’s Tower”, Clark etched his name into the rock face and dated it, forever stamping his presence in Montana history. Today, guests and visitors of Pompey’s Tower can stand on the very ground that Clark and his crew stood on over 200 years ago. Additionally, you can see Clark’s signature that is still readable on the rock face. The 2018 season at Pompey’s Pillar will open on April 28th. The location is $7 per vehicle and is located at 3039 HIghway 312 Pompeys Pillar, MT.