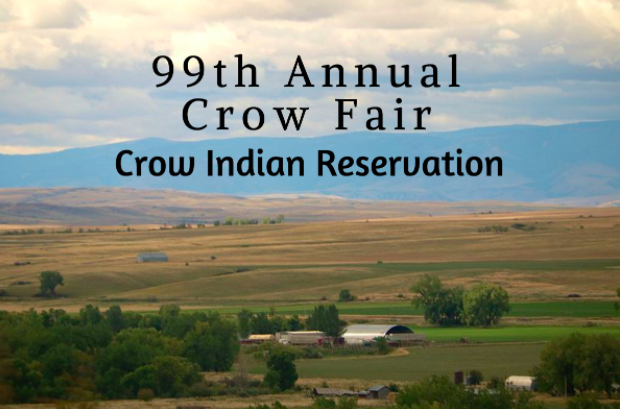 Montana is home to several different reservations and native Americans. One such reservation is the Crow Indian Reservation, home to the Crow Tribe, and is located in areas of Yellowstone and Big Horn. This year marks the 99th Annual Crow Fair. Join in the festivities and celebration of the Annual Crow Fair. This year, the fair will take place from August 14 - 17, 2020. The annual Crow Fair was created to bring the tribe into modern society. Each year, the Crow Tribe welcomes all Native American tribes to the Great Plains of Montana for a family reunion under Big Sky country. The Crow Fair is the largest Northern Native American gathering and attracts nearly 45,000 participants and spectators. Similar to a County Fair, the Crow Fair displays the region’s culture, art, and accomplishments. There are also various contests like you would find at a County Fair. For example, there are contests for best butter, jam, crafts, woodcutting competitions, and more. During the Crow Fair, there is also a parade that celebrates the Crow Tribe. Most participants in the parade are members of the Crow Nation, and they dress in traditional garb, including their well-known beadwork, as the Crow Nation is known for the most technically proficient beading in the world. Another part of the celebration is the dance celebration, also known as a pow-wow. These pow-wows are held in the evenings or late afternoons during the fair. While the dancing is a form of celebration, there are also dance competitions during the pow-wows as well. A final aspect of the Crow Fair is the rodeo. During the event, professional Native American cowboys and cowgirls partake in many exciting activities, from wrangling to horse racing. This year, don’t miss out on the 99th annual Crow Fair.