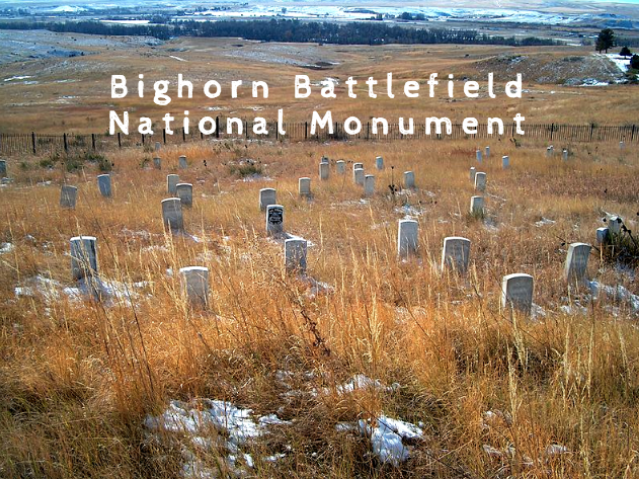 Big Sky Country is not just a state that offers breathtaking and scenic views of mother nature, it also offers an impressive and rich history that visitors can enjoy and learn about. A great way to learn more about a specific part of Montana’s history is by visiting the Bighorn Battlefield National Monument. The monument memorializes those that fell during the battle where the Sioux and Cheyenne fought to preserve their way of life. The Bighorn Battlefield National Monument is located in Southeastern Montana near Crow Agency, Montana. Here, the site of the Battle of the Little Bighorn is memorialized. The battle took place on June 25th - 26th in 1876. The battle took place against the United States army and the Sioux and Cheyenne tribes. The United States Seventh Cavalry Regiment was led by Lt. Col. George Armstrong Custer while the Sioux and Cheyenne were under the political and spiritual leadership of Sitting Bull. Originally named the Custer Battlefield National Monument, the battle site was eventually renamed as the Little Bighorn Battlefield National Monument in 1991 by president George H.W. Bush. With the change in name, the monument now honors both the Native Americans and the 7th Cavalry that were in battle. Nearby, you’ll find the accompanying visitor center and museum. Here, you’ll find a number of exhibits that relate to the battle of Little Bighorn, which took place in 1876. During the battle, a total of 263 US cavalrymen, out of the regiments 650 men, were killed in action against the warriors of the Sioux and Northern Cheyenne. At the museum, look through exhibits, learn about the history of the battle, General Custer, as well as the weapons used by the Native Americans and the Plains Indians way of life. The national monument is located at 756 Battlefield Tour Road.